The Government Accountability Office (GAO) has issued a report with the title, Raising the Retirement Ages Would Have Implications for Older Workers and SSA Disability Rolls. Below are some excerpts from the report's somewhat preliminary findings and one chart, just in case any reader thinks the report is dealing with a minor problem that can be safely ignored (click on chart to view it full size): 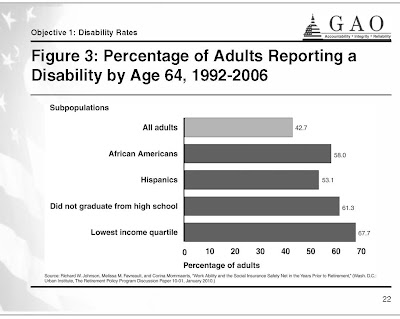 Posted by Social Security News at 9:27 AM