From a blog post by Jeff Nesbit, Social Security's Deputy Commissioner for Communications:

... The Biden-Harris Administration asked Congress for a funding anomaly of $800 million higher than our fiscal year (FY) 2022 budget, as we started FY 2023 in October without a full year budget. The additional funding would have allowed us to maintain level service by hiring employees, funding our fixed cost increases, funding information technology (IT) projects, and allocating enough overtime to handle workloads, provided there is not an unexpected and significant increase in demand for our services and programs.

Congress provided us with $400 million, which provides enough funding to cover our fixed cost increases only through December, overtime at FY 2022 levels, and continuous hiring at the start of FY 2023. However, it is not enough to cover the full year fixed cost increases or to maintain the hiring and overtime levels beyond December to improve service. On the other hand, the FY 2023 President’s budget request of $14.8 billion for SSA – a $1.4 billion increase over our FY 2022 enacted level of funding – would allow us to improve customer service and offer the service experience you deserve.

We have faced years of underfunding. We are currently operating with approximately 4,000 fewer employees since prior to the pandemic – a 7% drop, since we have not had the funds to hire the level of staff needed. We are also experiencing historically high levels of employees leaving the agency, because employees are carrying unreasonable workloads given the staffing shortage. As we lose employees, our service further deteriorates. You feel the effects of our staffing shortage. You are waiting an unacceptable average of over six months for a decision on an initial disability claim and over 30 minutes to speak to a representative on our National 800 Number. ...

In case you haven't noticed there's an ongoing, concerted effort to lobby Congress for more operating funds for the Social Security Administration. For the first time this includes explicit, public efforts by Social Security management as well as outside groups interested in Social Security. I wish I knew how all of this was organized but I'm delighted to see it. The agency's appropriation for fiscal year 2023 is likely to be decided before Christmas, probably just before Christmas.

Posted by Social Security News at 9:05 AM 7 comments: 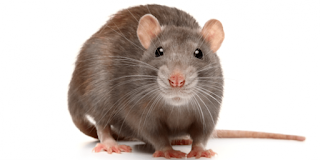 From the Atlanta Journal-Constitution:

The federal government has awarded a $3.2 million contract to Stockbridge-based Power House Termite and Pest Control, to exterminate rats from the entirety of the Sam Nunn Atlanta Federal Center downtown.

The structure on Forsyth Street is the largest federal building in the Southeast. About 3,500 people across 23 agencies work there, according to the GSA. It consists of a 24-story main tower linked by a bridge to another 10-story building and the former main building of Rich’s department store. …

While some rodent intrusion was found in our space, it never impaired or restricted access to work spaces,” she said in a statement. “While the majority of our employees in the Sam Nunn Federal Center telework, they are able to work in the office when necessary.” …

Posted by Social Security News at 6:00 AM 4 comments:

Have The Courage Of Your Convictions, GOP

From Joseph Chamie writing for The Hill:

There are important reasons for America to raise Social Security’s retirement age to 70 and do away with early retirement with reduced benefits, which about half of the recipients are currently choosing before reaching full retirement age.

The first has to do with the fact that Social Security is  projected to be insolvent by 2035. In its 2022 annual report, the Social Security Board of Trustees concluded that if no changes are made, the program will not be able to meet its financial responsibilities by 2035.

A second reason for raising the retirement age to 70 centers on the increasing life expectancies of Americans that have occurred over the recent past. …

I think that once they get control of the House of Representatives next year the Republicans should bring this proposal to a vote.

Posted by Social Security News at 6:00 AM 12 comments:

Now, How About Doing The Same In The U.S.?

Tech giant Uber (UBER.N) and delivery apps DiDi and Rappi have proposed offering [Mexican] social security benefits to workers in Mexico for the first time ahead of a new government bill set to regulate the gig economy.

The companies said in a statement on Wednesday, co-signed by worker-rights activist groups, they were open to covering drivers and couriers who work an average of more than 40 hours a week on one or more platforms.

They stopped short of agreeing to classify drivers as employees, however, and few details were given on how payments towards social security costs would be divided.

Mexican Labor Minister Luisa Alcalde has said officials are working on a bill that would bring gig workers into the "formal economy," although the timeline is still unclear. ...

To Infinity And Beyond! Happy Thanksgiving! 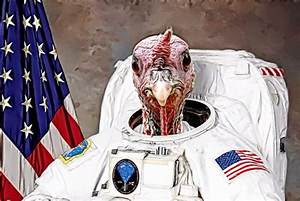 SSI Awards Fell By 26% At Start Of Pandemic In Pennsylvania

From the Pennsylvania Capital-Star:

... Research released by Community Legal Services of Philadelphia shows that Supplemental Security Income awards, one of two key funding streams, fell [in Pennsylvania] by more than a quarter (26 percent) between 2019 and 2020, the steepest decline of all 50 states. ...

[A] decade-plus of underfunding has “made it extraordinarily difficult for people to access the vital benefits they need to survive.”

That underfunding issue was exacerbated by the pandemic, which saw the U.S. Social Security Administration shutter offices, choking off the flow of aid so badly that the federal agency issued a half-million fewer SSI awards than at pre-pandemic levels, researchers found. ...

Posted by Social Security News at 9:16 AM 6 comments:

The Government Accountability Office (GAO) has issued a report titled Social Security: Remote Service Delivery Increased During COVID-19, But More Could Be Done To Assist Vulnerable Populations. It's primarily a history of how Social Security reacted to Covid making it not too interesting to those of us who have lived and worked through it. The recommendations were pretty much worthless other than one to develop online applications in Spanish. That has nothing to do with Covid directly but certainly needs to be done.

From WCMH in Columbus, OH:

Kathleen McGovern’s husband, Gilbert, died in September. In October, McGovern began the process of settling his affairs, including finances.

“As I understood it, I was eligible to collect my husband’s social security because his was more than what mine was,” said McGovern.

About $600 more. So, McGovern called the social security office in Worthington, to apply for widow’s benefits. She spoke with a representative, who told McGovern that she couldn’t apply online.

“And she said, ‘No, you can’t do it online either. You have to come in with an appointment to our office, and make your application here,'” said McGovern. “I can’t do it at any other office either. Just that one.”

But McGovern said the representative also told her that wouldn’t be possible, at least for a while, because as of that day, the office was not taking any more appointments. McGovern said she was told to call again, in case that changed. She did, but said she could never get through. ...

Unsure of what to do, McGovern called Better Call 4. We spoke on October 20. I reached out to the Social Security Administration on October 26, and that same afternoon, got a call from a representative, asking for McGovern’s contact information.

The next day, McGovern called Better Call 4 again, to tell us that the agency called her, and took her application over the phone — adding that a lump sum settlement would be deposited in her bank account the following day. ...

I don't know whether there's a systems limitation that prevents filing a claim online in this situation. There shouldn't be but maybe there is. I don't think agency employees are ever supposed to say they can't make an appointment. She should have been able to take care of her business over the telephone at the least and she should be able to deal with any Social Security field office.

Posted by Social Security News at 6:00 AM 17 comments:

From the Villages-News in Florida (where else?)

A 74-year-old Villager has been arrested after allegedly attempting to rob a local bank claiming he had been “cut off” by Social Security.

Joseph Vincent Albanese ... walked into the Wells Fargo bank on U.S. Hwy. 441 in Lady Lake at about noon Monday and slipped a pre-written note to a bank teller ... The bank teller removed $700 in cash from her drawer and placed it into a pillow case carried in by Albanese.

He “kept apologizing” and sat down in the main lobby area. Bank employees quickly evacuated customers out of the lobby.

When deputies arrived at the bank, Albanese was still sitting in the lobby. He said Social Security just “cut him off.”

Posted by Social Security News at 6:00 AM 10 comments:

They Wouldn't, Would They?

From Michael Hiltzik writing for the Los Angeles Times:

You may have thought that the drubbing Republicans received in the recent election would have prompted party leaders to think more warily about promoting policies that nauseate the voting public.

You would be wrong. We know this from an op-ed published in the Wall Street Journal under the name of Sen. Mitt Romney (R-Utah). The piece appeared Nov. 10, two days after the vote, when congressional leadership was still up in the air. ...

Nevertheless, Romney again teed up the traditional, and discreditable, Republican shibboleth of attacking Social Security, Medicare and Medicaid as “entitlements” that have been causing inflation.

With the Democrats having retained their Senate majority, the chances of wholesale hacking away at these programs’ benefits have receded, for the moment.

But since Republicans have regained their majority in the House, the possibility that they will try to hold the U.S. economy hostage to force some sort of compromise on the programs, inimical as it might be for the general public, still looms. ...

[W]hat the GOP hopes will be its leverage in any debate over social insurance benefits [is]: the federal debt ceiling, which will need to be raised early next year to avert a possible shutdown of government functions or even an unprecedented default on treasury securities. ...

Posted by Social Security News at 9:06 AM 12 comments: