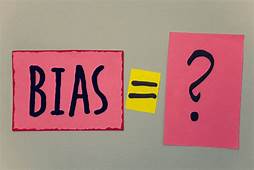 A union representing employees at the Social Security Administration this week accused the agency of failing to correct systemic bias in its performance appraisal process, in which white employees are receiving the lion’s share of top ratings despite making up less than half of the frontline workforce in recent years.

Officials with the American Federation of Government Employees said that management has been aware of the issue since at least 2015, when it agreed to settle a grievance with the union over the distribution of top performance ratings, but aside from two preliminary meetings, the agency has taken no action to correct the disparity.

And while Latino employees made up 16.4% of the bargaining unit, only 8.7% of “Outstanding” ratings went to Latino workers. Similarly, while 10.5% of frontline employees at the agency have a disability, they only accounted for 5.5% of top ratings. ...

Social Security Administration spokeswoman Nicole Tiggemann said the union’s method of aggregating appraisal data is “not statistically valid,” because it does not “account for job type, employee experience and many other factors.”

[The Union president] said that in six years of filing grievances, Tiggemann’s statement is the first he has heard of the agency disputing the data management had provided. ...

Posted by Social Security News at 9:07 AM

But, I thought there was never any bias in SSA? Certainly not DDS doctors, ALJs, or VEs.

Any more relevant data than 6 years ago ? Had any experience with Teleservice and what they sent to the F.O's ? Can you spell C-L-U-E-L-E-S-S. !!

The real scandal here is that whites make up less than half of the frontline workforce. THAT is what real racism looks like.


Perhaps there are more whites who deserve outstanding ratings?
Equality of opportunity Is one thing, forcing equality of result is wrong and divisive.
If white employees ratings are lowered due to this nonsense SSA will lose a lot of good employees due to retirement.

Your suggestion that there are simply more whites who deserve outstanding ratings makes no sense unless you proceed from the racist assumption that non-whites are inherently less capable of success than their white counterparts. So I guess what I'm trying to say is: Your racism is showing.

The real scandal is that non-whites are promoted from frontline positions at such a disproportionately low rate that SSA's frontline workforce looks dramatically different than the country's population. That is indeed what racism looks like.

Perhaps there are more whites who do not deserve outstanding ratings? Maybe a lot of good employees will be (have been) lost.

In the area I am in, non-whites and women are promoted at a much higher rate. As long as the most capable person is hired/promoted, all is good. However, the goverment is so heavy handed when it comes to diversity that this is not always the case.

The fall out won't be that whites have their apprasals lowered, it will be that non-whites have their's adjusted higer. All this will end up doing is having more people that you can't fire because you 've been saying they are outstanding.

In the end, the American people lose, sadly.

Cool anecdote, bro. But the data show that your story only holds true for non-whites at and below the GS-6 level. So while women have fared better, non-whites remain trapped at the bottom rung of the ladder.


AFGE seems to believe that employees of different races, who come from different socioeconomic and educational backgrounds, will perform at exactly the same level once they arrive at SSA. This seems absurd on the face of it.

Let the supervisors continue to decide what an employees rating should be, Quotas are not helpful or necessary.

Yeah, it is cool isn't it? But no reason to to take my word for anything credible. I'm sure the union is accurate with their numbers, there's no way they would use them to push an agenda, right? I mean numbers nevr lie...but they do tall a story and whoever is compiling the numbers can have them tell whatever story they choose.

In fact, judging by the comments on this blog regarding service at the frontline level, all SSA workers deserve higher appraisals right? I mean they seem to give great information regularly.

Here's the bottom line...the appraisal system currently in place is an absolute joke no matter your color or sex. The union is just trying to use this to have lower appraisals raised. This will unltimately lead to retaining more sub-par employees. If you're bad you're bad but we currently din't have a "needs improvement" appraisal standard. We have a outstanding level, a fully successful level and a failing level. And no one fails in the government becaus ethat looks bad on management

I have been advocating a re-certification process for years now. Have everyone re-test every 2-3 years to find out who is retaing knowledge and keeping up and who is falling behind and should be either re-trained or let go. The union will never sign up for that one because who wants to hold people accountable right? Certainly not Uncle Sam.

It's terrible appraisal system. When many organizations are doing away with them SSA keeps it. A 1, 3. 5 is useless. There is pressure not to give all outstanding. Nobody wants to give 1s due to the work involved. Most SSA management doesn't have a clue how to write appraisals. Most employees don't know how to write and submit a self evaluation.

The PACS appraisal is honestly a very poor system. The problem originates in the extremely poor metrics the agency has for determining who is actually doing quality work (as opposed to just moving cases; how many claimants did we have at the window today, how many acr's did we move today, our backlog is down, hooorah). WE don't want people excessively slow, but we also don't want people that slap out crap in volume and dodge the harder work... but we (mgr's; the agency as a whole) actually do very poorly at identifying the latter.
Because of the weak connection between metrics and actual work quality, it leaves a huge area for subjective evaluation.
That subjective evaluation, in my experience, becomes rooted in "who pleases the manager" by means such as cheerleading, brown nosing, "volunteering" (though they may find ways to get their more difficult workload offloaded onto someone else at the same time).
Other issues put pressure on mgmt. choices in these supposedly objective stats. Almost never will anyone receive less than a 3 on any appraisal component, even the egregiously poor employee: it's politically incorrect, requires actions such as being put on performance plans (which are a tremendous amount of work for supervisors), and typically union battles ensue. On the other side, giving all 5's is entirely a political posturing game among the local component. Also, being given 3 5's isn't of any practical significance when deciding who gets promotions.
Along this vein, note that those "outstanding performance appraisals" (5's) frequently do not translate into promotions. The assumption behind the complaint is that they will. The nature of the data provided above makes it clear they are reciting numbers of 5's NOT the number of people who got all 5's (there's a large practical difference here). There are many other social and performance factors involved (including education level, willingness to argue with a mgr, length of employment, etc etc) and assuming that a different balance of 5's being received is necessarily indicative of bias is also a fallacy.